The one thing absolutely everyone associates with the gig economy is getting to be your own boss!

That means having unparalleled flexibility in choosing your work timings, your clients, and the fluidity to switch between platforms.

UpWork not working for you? Switch to Freelancer.

While on paper this does seem true, it is unfortunately not the real state of affairs.

Gig economy workers are free to choose the platform on which they want to enlist their service but they don’t have the freedom to port their data from one to the other. This proves to be a major handicap for anyone who has been in the ecosystem for a while.

In a way, the very platforms that were built to make the lives of gig economy workers easier are holding them hostage to their reputation.

If you were looking for a freelancer, a filmmaker perhaps, your first instinct would be to inquire around you. Trust, like equality, is transitive in nature. That’s perhaps why companies are willing to shell out thousands of dollars each year on referrals.

If that fails, you go to Fiverr. Between two freelancers you are likely to choose the one who comes with a higher rating and glowing reviews from many ex-clients as compared to the other who has 3-4 reviews and a lower rating. You would make this decision even if the former commanded a reasonably higher price for his service.

Without any information about the worker, it is natural to rely on ratings and reviews, exactly the way we do on Amazon or Airbnb. Someone with a great rating and standout reviews is sure to inspire confidence in you, and this trust is the cornerstone of every transaction we make in the digital world.

Independent workers and freelancers use online work platforms, such as Uber, Swiggy, Fiverr, and Upwork to connect with clients and find gigs. Almost all of these platforms let clients leave ratings and reviews, which show up on a worker’s profile on the platform. This profile serves as a type of digital CV, a growing testament to the quality of their work that helps them secure new clients. It is also the key to quoting a higher service fee for many of the workers.

We need to appreciate that these reviews that become the selling pitch for freelancers are not built in a day. It takes time, sometimes even years of hard work to build the profile that becomes their bread & butter.

If such a platform were to introduce policies detrimental to the interests of the professionals, they would not have an option but to give in to the demands, no matter how unfair. This gloomy scenario is everything but uncommon.

We have seen how a monopoly can prove to be disastrous when allowed to propagate without constraints.

A freelancer with a 5-star rating and 121 reviews collected over years of effort would not be able to simply abandon years’ worth of work and build everything from the ground up on a new platform.

A need to make a sudden switch would imply giving up the only thing in their arsenal that can elicit trust in their prospective clients.

This demonstrates how lack of portable data dramatically shifts the balance of power in favor of online work platforms, creating an environment ripe for worker-hostile policies.

So what is the demand that the gig economy workers are making?

That their data be portable. This means the freedom to easily & seamlessly move data from one service to another.

An Uber driver should be able to transfer his rating (say 5 stars) onto Lyft if suddenly Uber were to decide to increase its commission by a lot.

In the context of social media, it would mean being allowed to move all your photos easily if there is a sudden privacy update that you don’t agree with. Take TikTok for instance. The Indian TikTokers who made hundreds of videos lost all their years’ worth of effort because the app was banned overnight. The alternative could have been allowing them to move that data on Reels on Instagram.

Now before calling out the platforms to permit portability of data, it is important to figure out the owner of the said data. Is it the platform that holds it or the user whose data has been created? Per the data rights advocates taking the centrestage every day in recent years to ensure data privacy, companies are merely stewards of the data and that the data subjects maintain ownership throughout.

Putting all the onus on the platforms to allow data portability might be hampering our ability to take stock of the whole picture. Platforms such as Uber, Urban Company etc. spend hours and a lot of manpower on creating the algorithm for rating a worker. It may be vastly different from what another competing platform may employ.

So just because a freelancer had a rating of 5 on Upwork might not necessarily translate equally on Fiverr. Plus wouldn’t that make it too easy for people to game the system?

What we might need is a separate platform where anyone can save their ratings and reviews, that stay easily shareable. It would be great if this data is not just easily stored and shared but also one that can be as easily interrogated or challenged.

A decentralised data standard for reputation data could be created, allowing automated transfer and use of reputation data by competing platforms or external services. If such a platform were to be extensively used, it would be quite the win-win for all the parties involved. 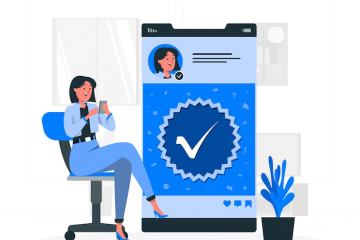 What Information Is Disclosed In A Comprehensive Background Check?

Before hiring an employee, every company conducts comprehensive background checks to ensure that they hire the right candidate. Some businesses conduct background screening on job applicants, and some do it after the selection process. Companies Read more… 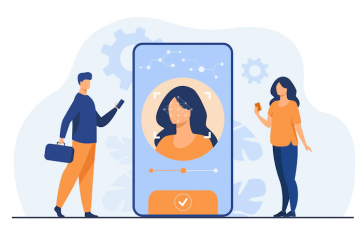 Five Things You Need To Know About Employment Verification

Employment background checks refer to the process of verifying the employment history of a job applicant with ex-employers. In his/her career, a person might come across several professionals who understand the necessity of employment verification, Read more…

Why Is It Necessary For Startups To Perform Background Checks On New Hires?