Here’s a sincere attempt to analyse reputation and privacy as concepts that have grown in two different directions in vastly the same ecosystem.

We wanted to delve into their origin and answer the long-standing question – Can they co-exist for an individual at once?

Before the majority of our transactions moved online, people were very private about their personal details. It was a common belief that fewer the people who knew about you, the safer you were.

The idea of having personal information shared felt ludicrous to everyone. To have people gain access to personal details meant exposing themselves to abuse, danger, threat and gossip. This fear was valid especially as personal information circulated around circles with rapid speed or was often used against a citizen by the government.

As for reputation, it also has its roots in humble beginnings. It took the trust of multiple people in a community to get a reputation going, which became the basis for most economic activities. It was hard for people to transact with someone they did not know, either first hand or through mutual connections.

From those times, the digital world has changed a lot of perceptions.

Today, we are okay with sharing SOME information with others because we benefit greatly from customised experiences or like-minded people who connect with us.

Yet, at the same time, we are becoming increasingly conscious about the information getting shared without our knowledge that can leave us more vulnerable to threats we may not even perceive. Remember the Cambridge Analytica data scandal?

Overtime, privacy has evolved as a double-edged sword, and the line that demarcates what should and shouldn’t be put out there in our name is different for everybody.

Where the two concepts intersect is that both are primarily data-driven. Privacy is being wary of every information that is put out there about you, accessible to the public. And reputation is now a function of the data you or someone else can share with others that proves you are reliable and trustworthy in the service you perform.

Yet it takes us to the question – can privacy and reputation co-exist?

The answer to this question is getting tougher by the day as online reputation is gaining more importance as a credential. It is becoming increasingly normal for people to look up someone they have met / heard of / are considering online. As a result, every individual wants to put out more about themselves so that they can build a reputation that precedes them. Ergo, our desire for privacy runs conflictingly with our need to culture an online reputation. It’s amazing how our digital presence creates digital shadows online and how it’s largely upto us to define its size.

The question for the next five years is going to be, what is the appropriate level of exposure a person should have online in order to facilitate a positive online reputation, without stepping over the line where the information can be used against him/her.

At Repute, we have been constantly at arms with this question because though we want to help people establish their reputation, we want to do it in a manner that puts privacy first.

We’d love to know what you think about this inherent conflict. 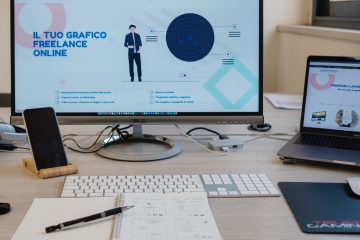 The one thing absolutely everyone associates with the gig economy is getting to be your own boss! That means having unparalleled flexibility in choosing your work timings, your clients, and the fluidity to switch between Read more… 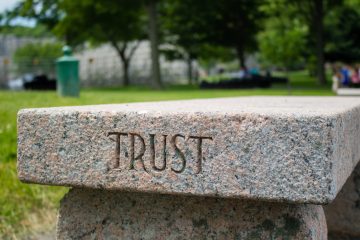 Envisioning trust as the next digital currency

Trust.  People hear the word and immediately think of their family, friends or someone whose behaviour might seem within their realm of prediction.  When we deal with people with whom there is a greater sense Read more…